“The Germans eat as much bread as the Mexicans do corn”

Marcela from Mexico visited oneword GmbH for a week’s work experience placement. Her multicultural background, multi-nationality and love of languages led her to us.

Marcela from Mexico visited oneword GmbH for a week’s work experience placement. Her multicultural background, multi-nationality and love of languages led her to us. Over on the blog she tells us what motivates her, what she liked about Germany and missed from Mexico, how her placement at oneword went and whether she can imagine herself taking up a career in the languages in the future. 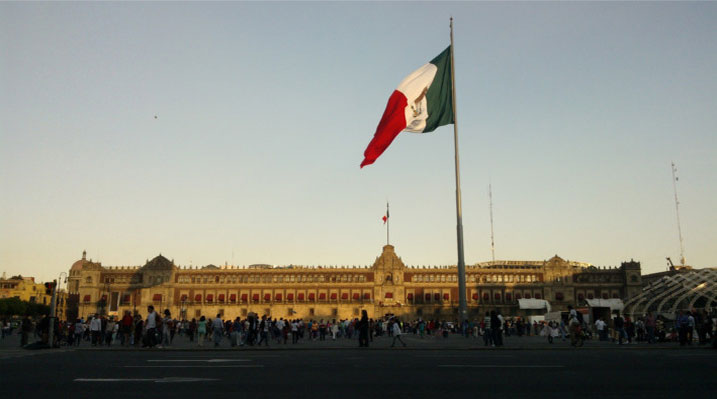 From cosmopolitan city to tranquil Baden-Württemberg: Marcela left behind her home in Mexico City for an exchange year in Germany and came to oneword in Böblingen for a work experience placement.

Hi, my name is Marcela, I am 15 years old and I come from Mexico. I am currently an exchange student in Germany and in year 11 at a secondary school here. I am also a member of a drama group. In my spare time I enjoy reading and writing (in Spanish, English and recently also in German). When not reading or writing, I also enjoy watching series and videos, mostly in English and sometimes in other languages (although with subtitles). The desire to read or watch stories in their original language and to travel to a foreign country and live there for an extended period sparked my interest in languages. 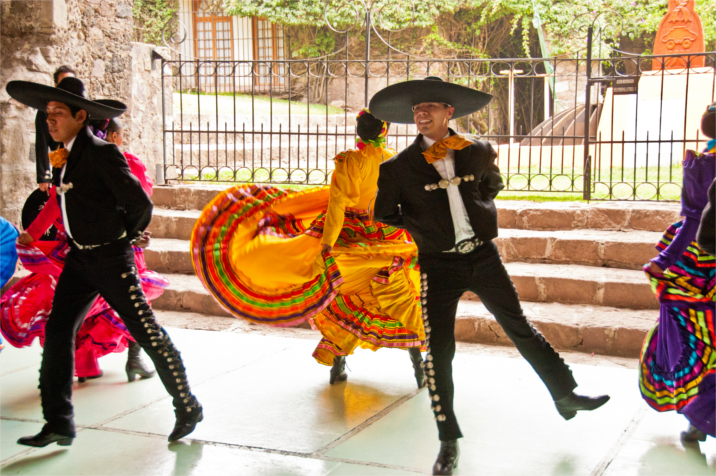 During my exchange year I have been able to experience a new culture and a language first hand. Since I have been here, my German has improved considerably and I have learned how German is actually spoken in Germany. Let me explain that: Before my exchange year, I learned German in my school in Mexico. We had textbooks to read and were given exercises and I assumed that all Germans spoke like it says in the textbooks. In reality, no one here talks like that! In Mexico, we obviously didn’t learn how people actually talk here, how they express themselves colloquially, how idiomatic expressions are used or how to swear. Finding this out has been a really interesting and fun experience for me.

It has also been quite amusing. Of course there were times, especially in the beginning, when I was completely in so-called “culture shock”, when I just wanted to go home and didn’t understand and couldn’t speak a word in German. Thankfully that time has passed however and I am happy to still be here although I miss my family and Mexican food (German cuisine is just different to Mexican, for example, we Mexicans eat as much corn as the Germans do bread). 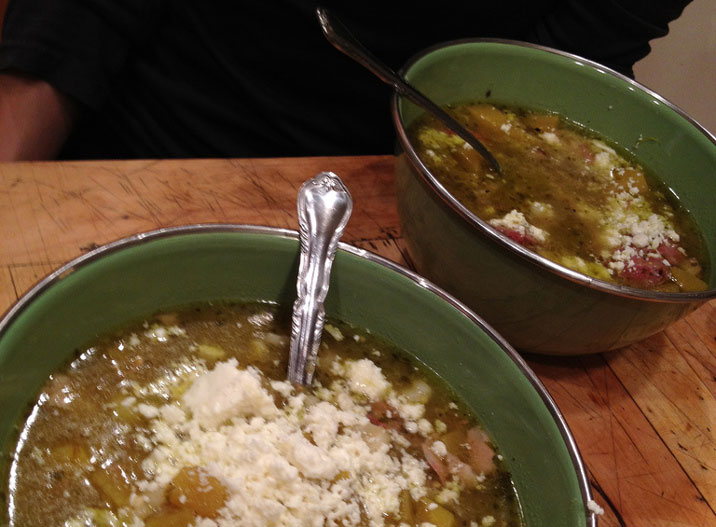 Prozole – a typical Mexican dish that is one of Marcela’s favourites: the stew can be prepared in various different ways with chilli, avocado or chicken but one ingredient is a must: corn.

I have found learning so much about the German culture and language fascinating. For example, it surprised me how many different dialects there are in Germany. Here in the Stuttgart region for example, Swabian is widespread. And I like it. Actually I can already say that I love the German language, apart from the grammar maybe.

Now I have ended up at oneword because we do a work experience placement in year 11. It was a good opportunity for me to do something new again. I started looking for careers that focus on languages and I came across oneword GmbH. After sending in my application, it only took a few days before I received a confirmation (I nearly died of happiness!). I have been made very welcome at oneword, the colleagues are really nice and the work environment is extremely pleasant.

During my placement I had various tasks: one of them was to digitalise and categorise quality management documents and record other important customer information. This is required under ISO 17100. Mostly I enjoyed the translation projects I was able to do from German into Spanish. I was pretty surprised that translations are not done in Word but in a special software package called Trados. The software made the translation much easier for me but it was more tiring than I imagined since you not only need to be familiar with two languages, you also need a certain feeling for the language and you need to know how to rewrite the text without distorting the meaning. I had a few problems because of working on the computer a lot and I’m not used to it (computers are not my best friends). But it was fun!

I also encountered a few surprises along the way. For example, it was news to me (but makes a lot of sense) that translators at oneword are only allowed to translate into their native language. Or, that no translator can translate everything, rather translators have to have subject area expertise and need to specialise (which also makes sense to me).

After this placement, I know that there is a huge possibility of me working with languages later on. It’s just me and I really enjoyed it.

Thanks for coming Marcela! The entire oneword team wishes you all the best for the future. Stay fun-loving, eager to learn and cosmopolitan!